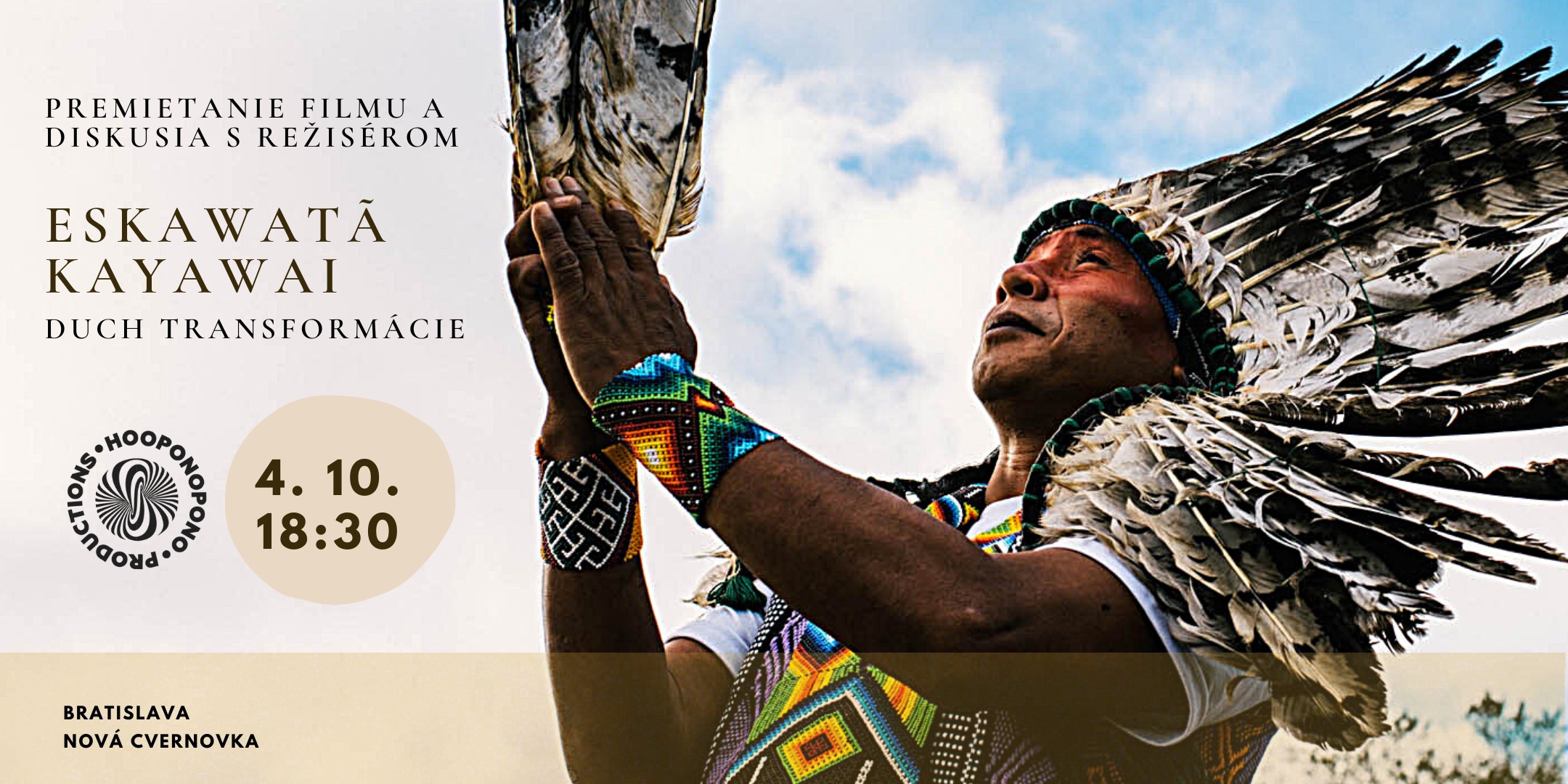 We invite you to the premiere of a documentary film about the Huni Kuin Indian tribe, accompanied by a discussion with director Patrick Belém and guests.

meet the indigenous tribes: A journey to the Amazon

With its storyline, the film takes us back to the trajectory of the period of slavery and oppression that led the indigenous tribes sooner or later to lose their own identity as indigenous peoples. The film focuses on their cultural and spiritual birth, shared and narrated from their own perspective.

The documentary is a journey into the heart of the Brazilian Amazon, offering a glimpse into the lives of the Huni Kuin people (which translates to real people), their relationship with the rainforest, and the overall magic of their culture and spirituality.

Audiences can look forward to a story of resistance and strength that literally rages from the Amazon to the wider world, and in the very times we live in.

How can we, as members of the Western world, people in Slovakia, be inspired by this story in our quest to live in harmony with nature and be happy together? This will also be the topic of discussion after the film.

During Patrick Belém’s visit, accompanied by music from the Huni Kuin tribe, there will also be an encounter with rapé medicine. More details will be announced soon.