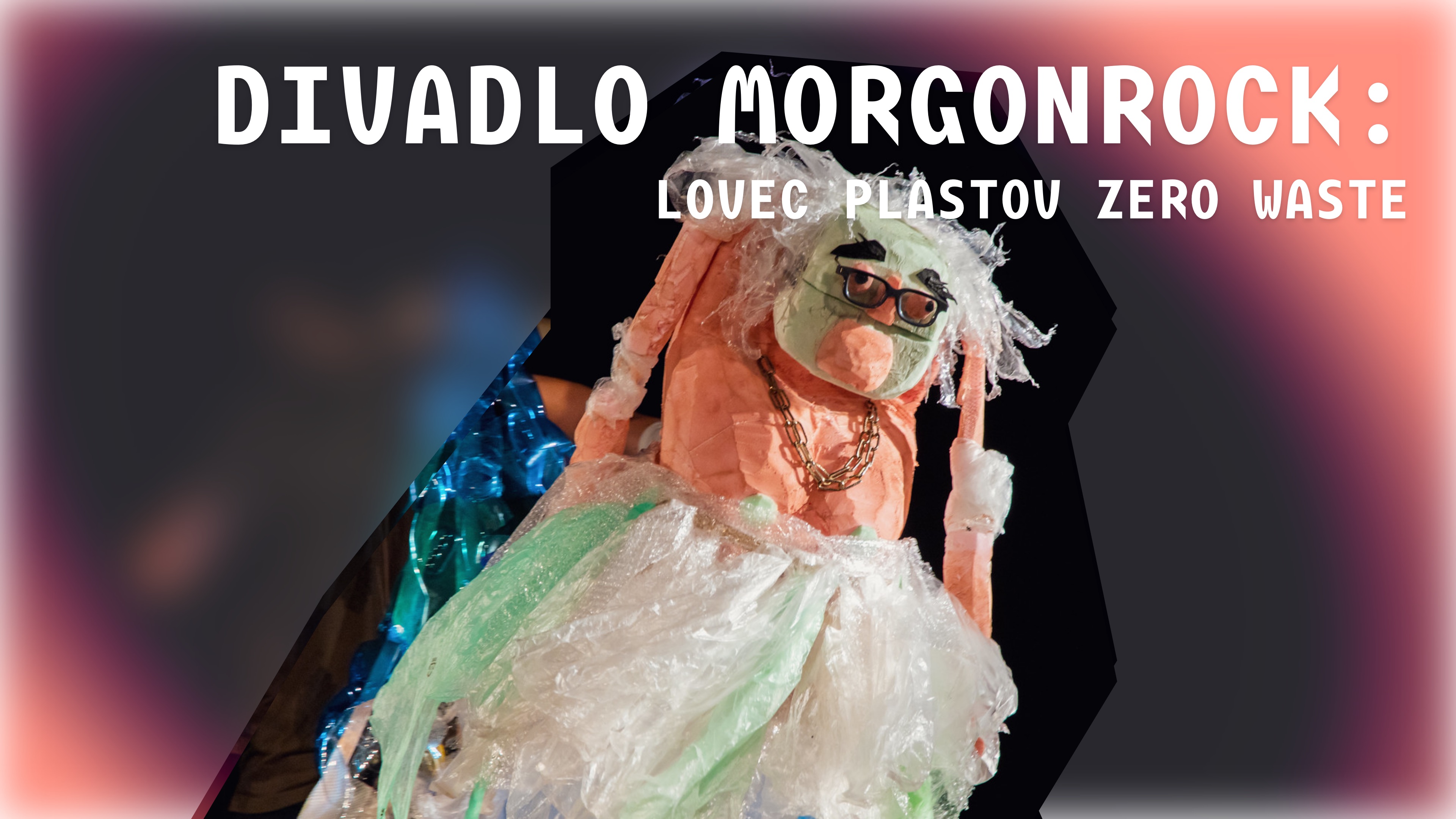 A playful way to humorously introduce children to the basics of a sustainable lifestyle and a shared economy.

Zero Waste is a mythical warrior who arose from a flood of unsorted and undecomposable waste. A windswept pilgrim, which is always everywhere where it is necessary to dispose of a black dump or a plastic-contaminated watercourse. Against him stands the corrupt magnate Consumencio Consumini, a producer of disposable plastic toys and microtene bags dependent on the effervescence of plastic, whose factories spew tones of unnecessary waste every day.

It’s an unequal fight, Zero Waste is aging and he knows that Consumencia alone will never defeat. The prophecy says that only a being made entirely of wood can stop Consumption. Zero is led by a miraculous comma and she leads him to the chosen one, and he is none other than an all-wooden puppet – the devil Kolofón.

However, he is the opposite of a conscious fighter against blind consumption. The rosin does not even sort waste, it did not even go crazy about unwrapped purchases and it eats with the most ecologically harmless treats. Zero does not believe that this comfortable desperate is to be chosen in the last campaign against Consumenci. However, he has no choice but to try to carve a plastic hunter out of Kolophon, who will be the last chance to save the world from the ecological apocalypse.