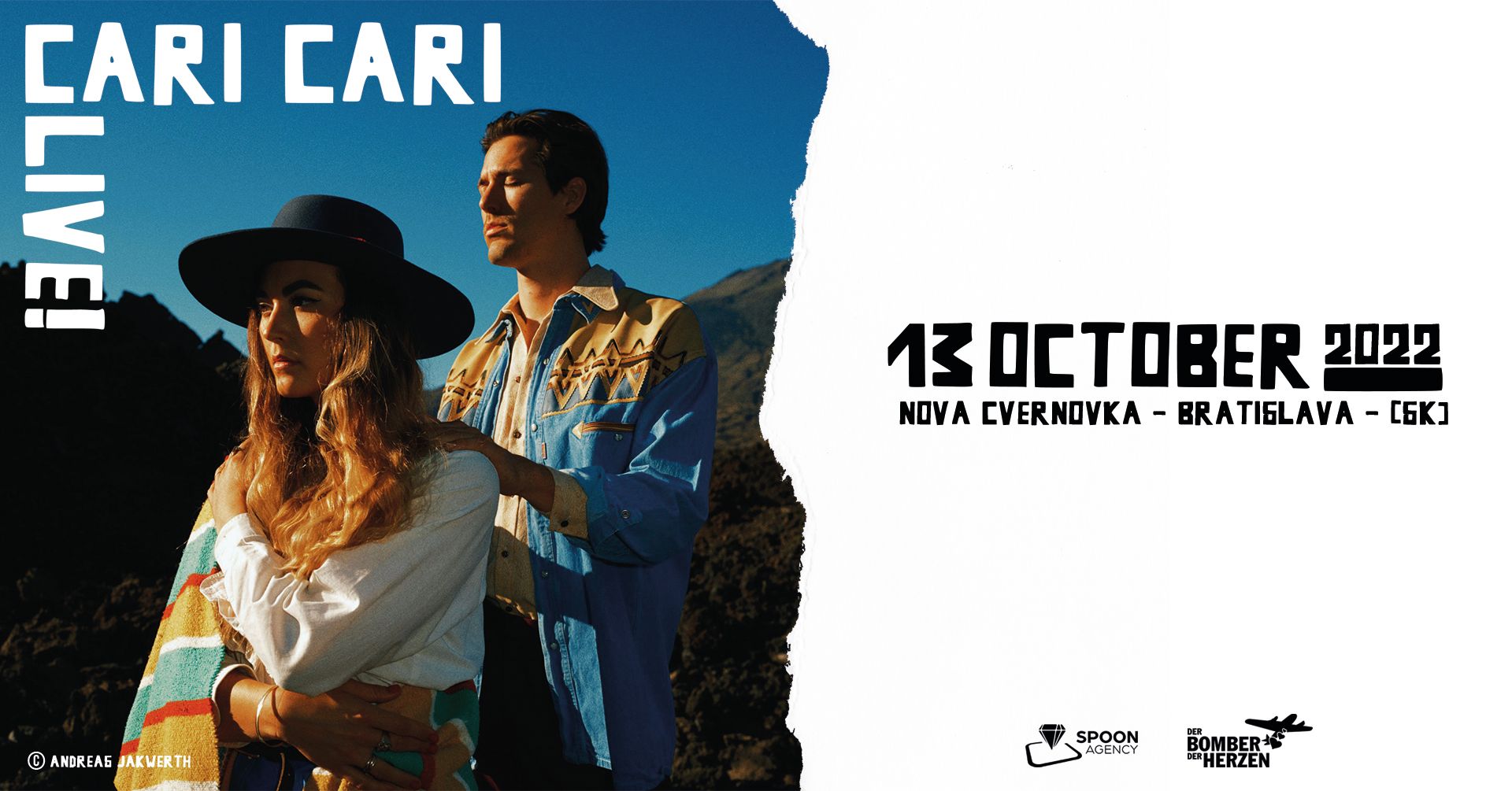 The Austrian indie rock duo will bring the best of surf rock á la Tarantino with the essence of Lana del Rey and Queens of the Stone Age.

WHAT TO LOOK FORWARD TO

An engaging musical world, their concerts are concentrated joy, “khruangbin” calm, but also alt-rock tenacity – within the genre, they are one of the best bands on the scene today.

WHO ARE CARI CARI

The band was found by drummer and vocalist Stephanie Widmer and guitarist/vocalist Alexander Köck. They claim that the band was formed to get their music into a Quentin Tarantino film. The duo released their debut EP Amerippindunkler in 2014, followed by a tour of Australia including shows in Darwin, Cairns and Melbourne. The songs No War and White Line Fever have been featured on the American television series Shameless and The Magicians.

Waterbased, the Slovak duo Julls Mihalyiová and Ľubo Krajňák, based in Prague, combines the tenderness and intimacy of humanity with an inner explosion of feelings. The union has an organism of beauty and thorns that shows a duel of dark impulsiveness. It makes people present and connects them with their own experiences. The album delivers lyrics written from a place of turmoil. From a place that searches for identity and questions certain features of society. The listener is immersed in an organism of confession, where the space materializes the sound design of producers Isama Zing and Aid Kid. The musical friction of genres of deam pop, noise, trip hop creates generatively original combinations of transformed bodies in a deliberate play.