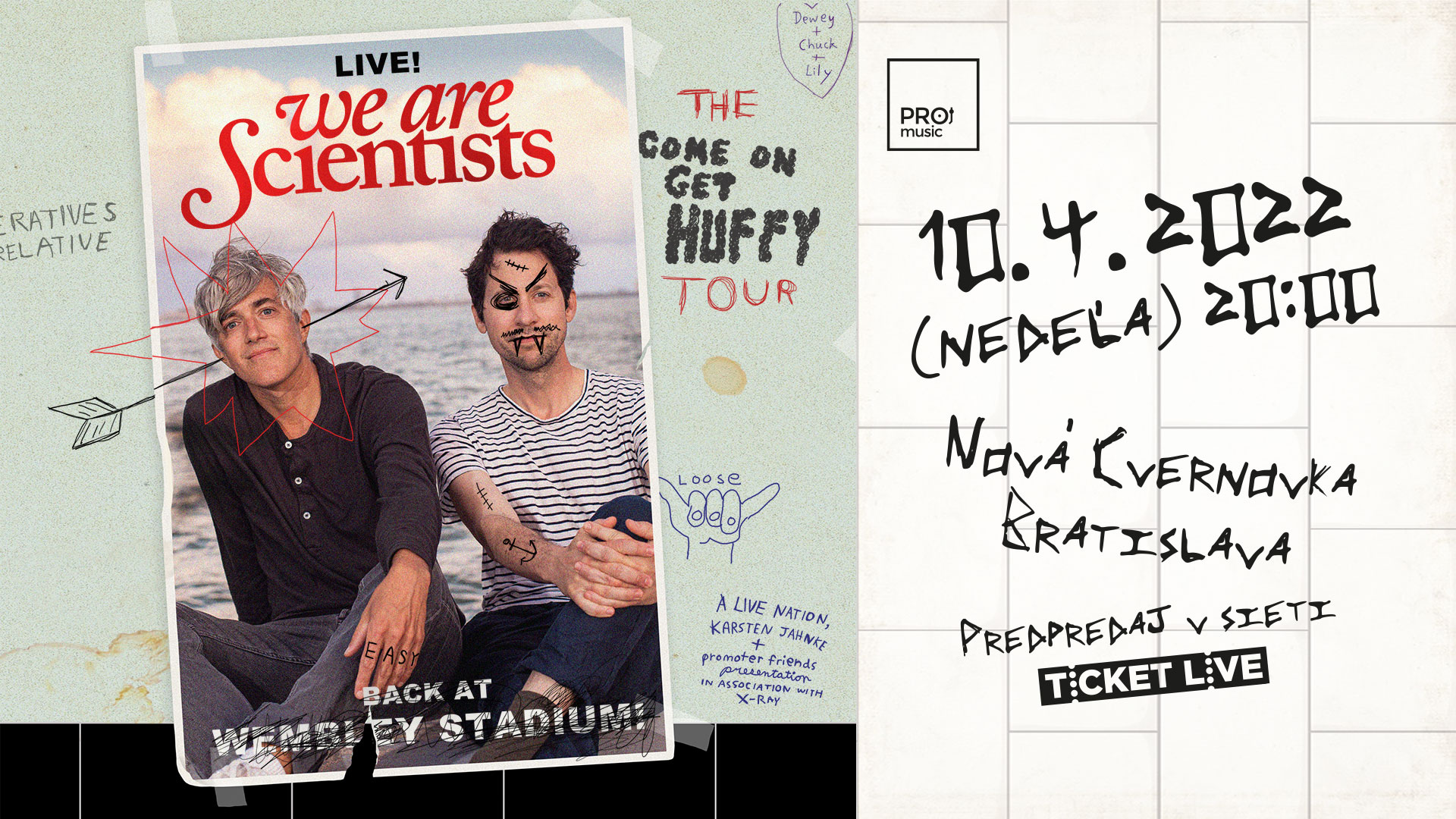 New York indie rock band We Are Scientists are heading out on their European tour, which will see them return to their beloved Bratislava after 4 years.

We Are Scientists are back

This time they will perform at Nova Cvernovka as part of the “The Come On Get Huffy Tour” for their new album, which was released on October 8, 2021. They have already performed twice in Slovakia and both concerts were very well received by the audience.

We Are Scientists background

We Are Scientists was formed in 1999 although they didn’t release their first album With Love & Squalor until 2005 after several self-released EPs. It sold over 150,000 units in its first half year and earned them a gold record. With their next album Brain Thrust Mastery, they reached number 11 on the UK Chart and with two singles After Hours and Chick Lit also reached the Top 40.

For MTV in 2009, they made a comedy series Steve Wants His Money, which was about the band themselves owing money to a certain American, Steve, who they escaped to England to make money by selling their marketing ideas to musicians, journalists and DJs.

They have supported REM with great success in the past, toured with Arctic Monkeys, Editors, Maximo Park, Kings of Leon and have headlined major festivals such as Glastonbury, Reading, Leeds and T in the Park.

We Are Scientists are one of the most interesting names in the contemporary indie scene and you should definitely not miss their concert.